J. is performing a dance to the "Circle of Life" in a school assembly this week so asked me to make her a tiger hat like the lamb/mouse hat I made from Little Things to Sew.

To be clear as I know I was confused about this at first, she doesn't plan on wearing the hat during the dance -- she wants it because she feels she should go to school that day in character (!!).  (and yes, I know the song is from the Lion King but she was adament that she was a tiger.  With stripes.  She drew me a picture.)

I have no idea what the orange fabric is (the label on the bolt said "100% mixed fibers".  What the heck does that mean??) but it's soft and the right colour.  Unfortunately it's also a fairly loose weave so might not be very durable.  I didn't trim any of the seams for fear that it would fall apart so the hat is not quite as smooth as it could be. 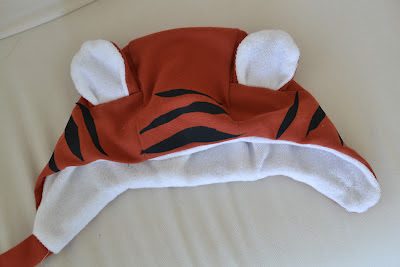 I altered the O+S pattern by cutting the side panels into two pieces and attaching the ears in between so that they would be more on the side rather than the top.  Again, I added a tab and a button (of J.'s choosing -- it's huge!), and lined it with terry towel. 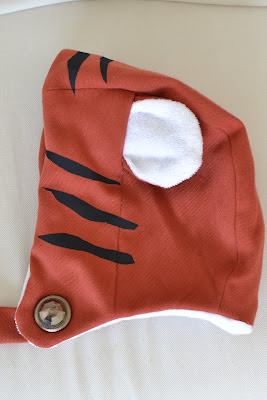 The stripes are black scraps fused on with Heat'n Bond, although I think I will have to stitch around them, too, so that they'll stay on. 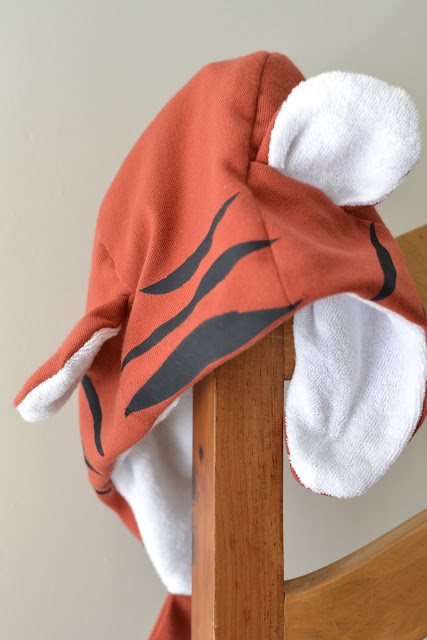 It looks pretty darn cute on her.  More cuddly tiger cub than the full grown tiger she described but I think she's okay with that. 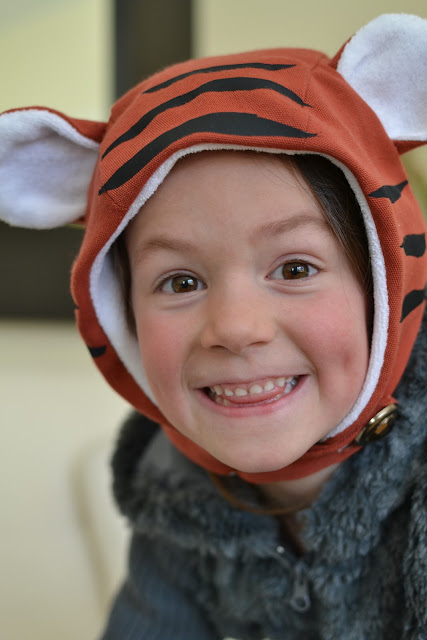 and ﻿here she is growling at me, very scary :) 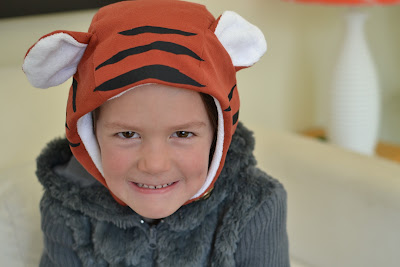