This is, of course, Olaf from Frozen.  I'm sure we'll see lots of Olafs, Elsas, Annas and Kristoffs for Halloween this year!  I was surprised but not altogether unhappy when K. told me (in July!) what she wanted to be.  It tends to be quite cool in this part of the world at the end of October but there's no danger that she'll be cold in this!  In fact, I debated about making a second "indoor" costume for school and Sparks and parties but came up with an even better (quicker) solution which you'll see if you make it to the end!

I started with the Roller Skate Dress from Oliver and S and, other than the elastic at the bottom, actually didn't make any changes to it. To accommodate all the extra padding, I made it in size 10 although K. would normally wear a 7 or 8.

I used fleece for both the lining and the outside of the dress, mostly because I was initially going to rely on the dress and the elastic to make it "pouf".  That wasn't enough though so I also stuffed it with batting.  I added strips of tulle in the bottom, too, because I had them and I ran out of batting. I really should have just bought another bag of batting, though.  She loves it but I feel it could have been rounder. 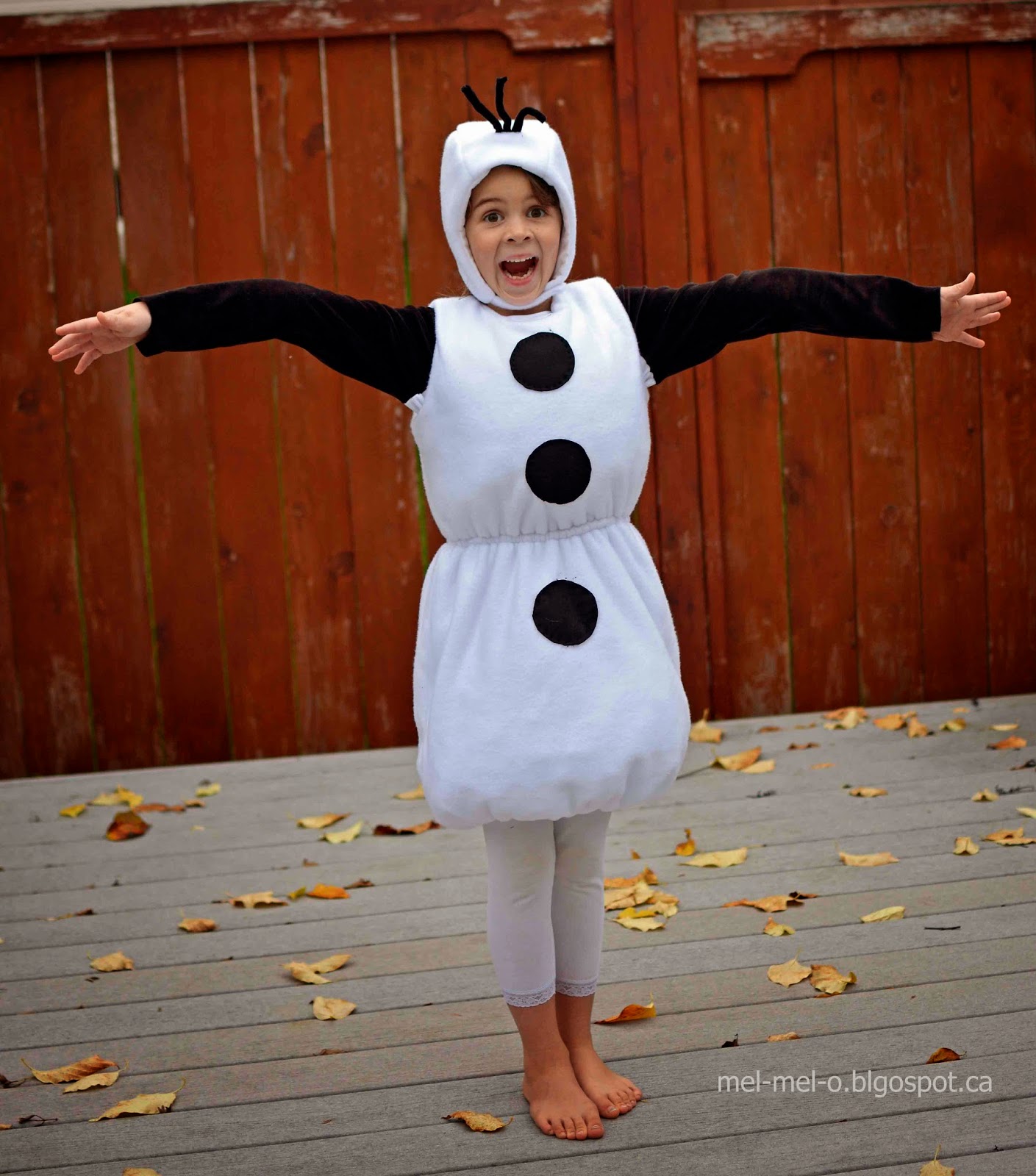 I asked her to let me take a picture of the back and this what I got, complete with a booty shake.  This kid makes me laugh :).  I didn't change anything except that the button is on the inside and that wasn't on purpose -- hey, when the lining and the dress are both the same fabric, it's easy to get them mixed up. 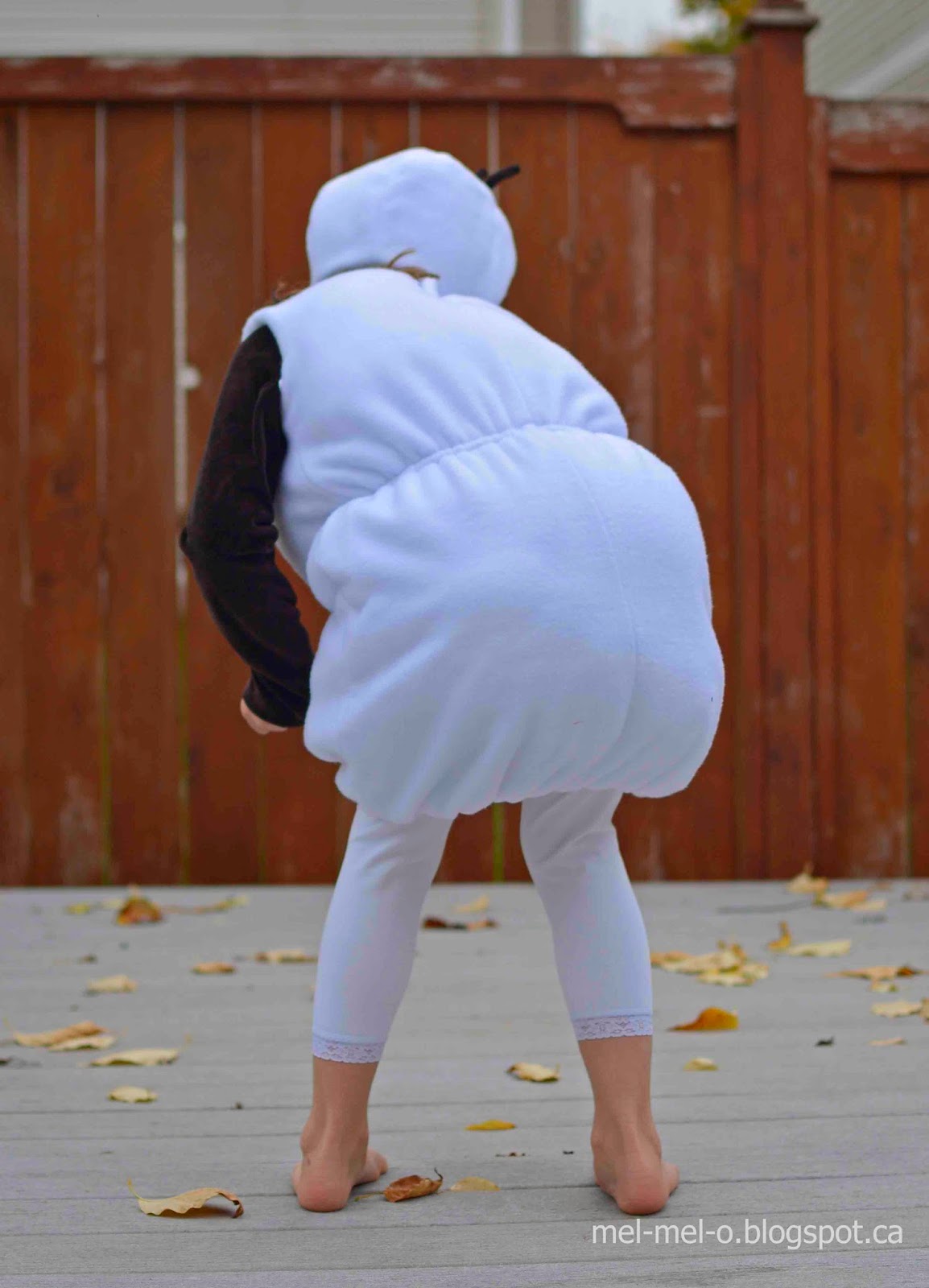 The hat is, of course, the cozy winter hood from Little Things to Sew.  I've lost count of how many time I've made that pattern!  (I think I say that everytime, lol!).  I made it twice for this costume, though.  This is the medium but I made a large, too.  I thought it would look more olaf-y but K.  wouldn't even consider putting it on. She has a thing about hats (and shoes) being small almost to the point of being uncomfortable.   But if she's happy in this one, I'm happy, too.  And I have a hat to send to my nephew for his birthday!

The hood is fleece lined with flannel and the "twigs" are pipe cleaners covered in velour.  I sliced to top pattern piece into two pieces so that I could sew them in.  I don't think they'll make it through the wash but they only have to last through three events. 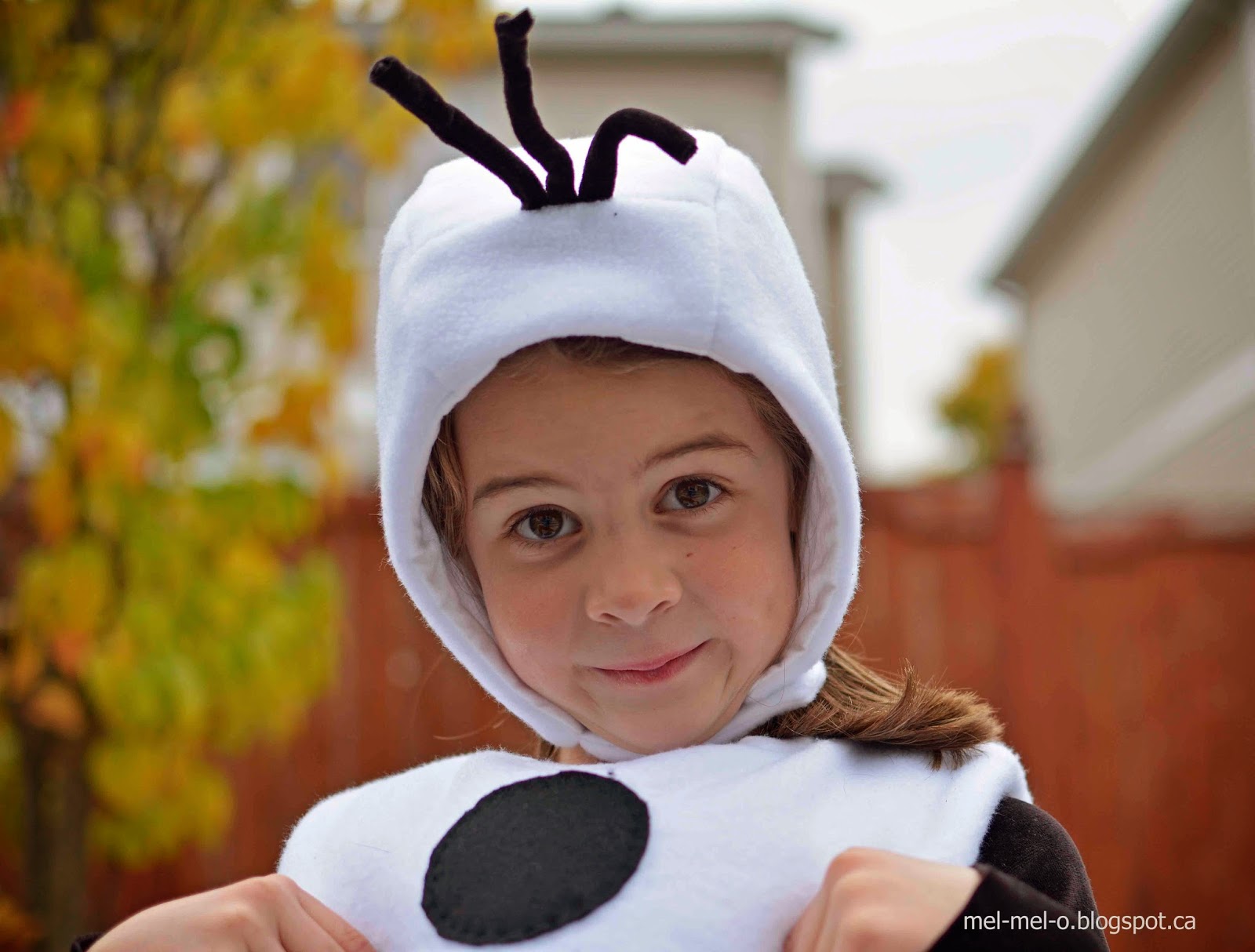 And the shirt underneath is also Oliver and S -- the Field Trip Tee.  K. just got lucky on this one because I was just going to buy a shirt but I accidentally bought brown velour instead of black for another project (I have no idea how, I could swear it looked black on the cutting table but it most definitely is not!) so I had enough to make her a tee.  I initially made the whole thing brown but it showed at the neckline so I decided to rip it apart and make it white.  Which turned out to be a good decision and it solved my problem a slightly less warm costume for indoors.  Some black circles, and voilà -- an Olaf "inspired" outfit (which will be worn with white leggings when the time comes of course!). 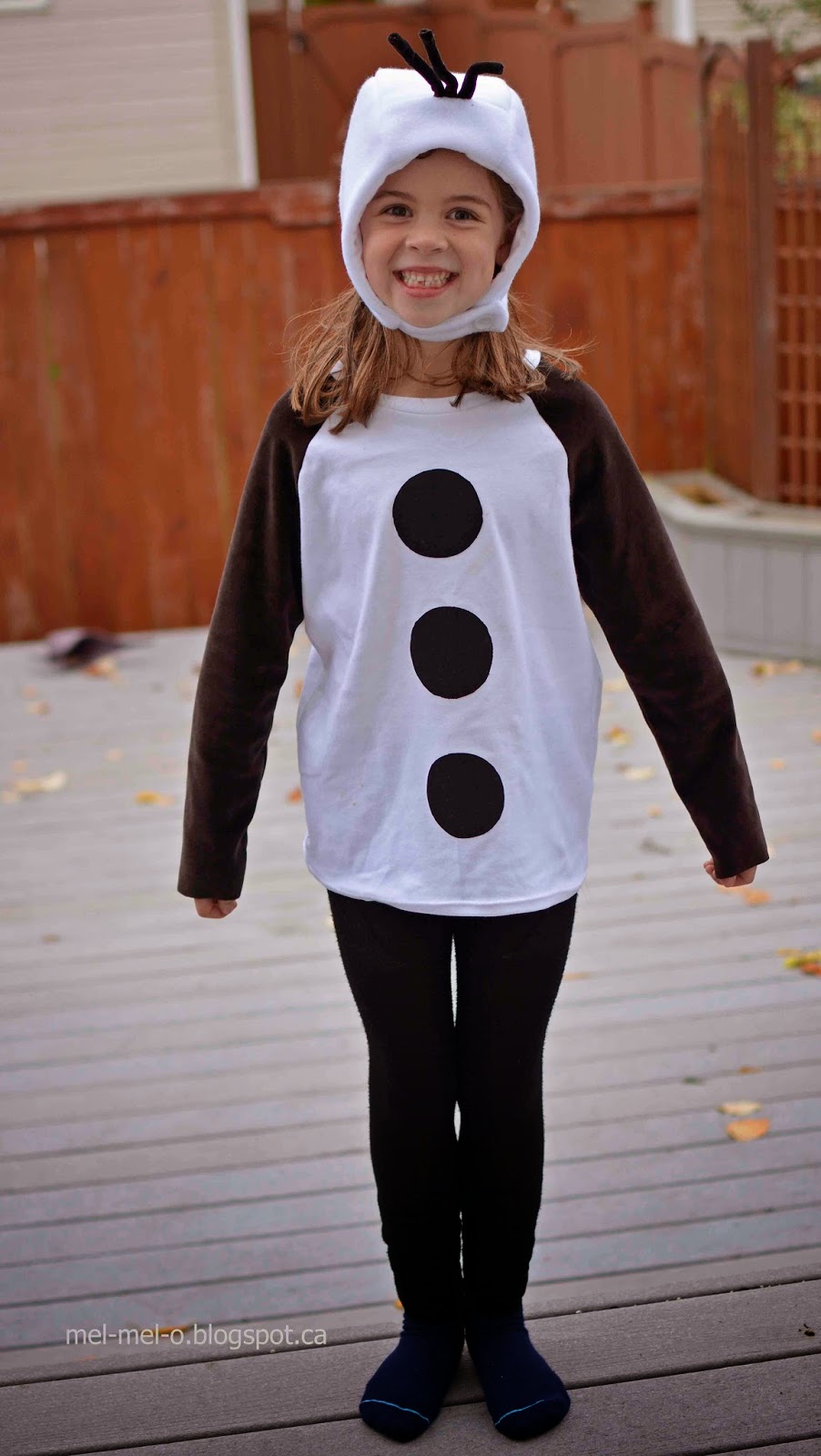 The best part of this costume is how thrilled K. is about it.  It reminds me why I started to sew in the first place -- to be creative and make something unique (or not so unique in this case!!) for the people that I love.  I still haven't gotten over the Kristoff incident (nor have I heard from the person who commissioned me to make that costume!) but I'm happy I can do this for my lovely sweet adorable appreciative daughter :).
Posted by Mel at 8:50 PM