Unless you count the three fleece neckwarmers I whipped off minutes before we were due to head out the door for a skate on the canal on New Year's Day (which I don't), this is my first sewing project of the new year.  Not a very auspicious start but it can only get better!

The fabric is corduroy but some kind of blend that resists pressing, which made making this pockets for this skirt a pain in the *&%. It also attracts lint like crazy and still smells musty even though I washed it twice.  I bought it a couple of years ago when Darrell Thomas Textiles was having a charity fundraiser - they were selling random lengths of fabric for $2.00 a piece.  I guess you get what you pay for in this case!

I had just enough to cut the whole skirt but then my plackets were too short (I must have lengthened the skirt but forgot to lengthen the plackets) so I had to recut them the wrong way.  Bad idea!  I should have just increased the hem.  The new plackets stretched all out of whack when I was sewing them no matter how many pins I used and are wonky at the top and bottom. 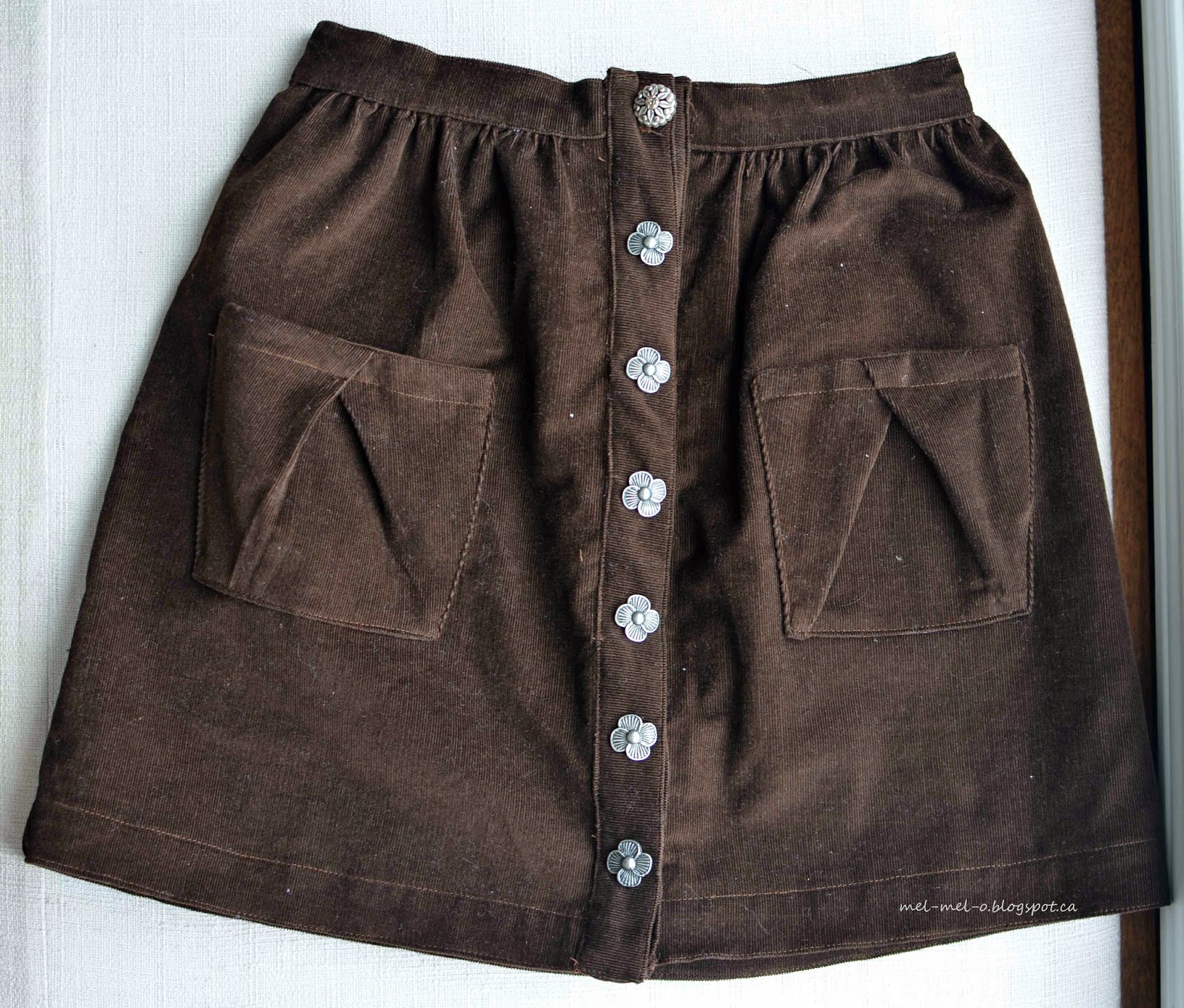 The buttons were part of the collection sent to me by my mom's friend.  J. had admired them and asked for them to be used on something for her.  With the way this skirt was going, I couldn't face doing all those buttonholes so only the top one opens. Because of the elastic at the back (and the lack of hips!), it slips on just fine. 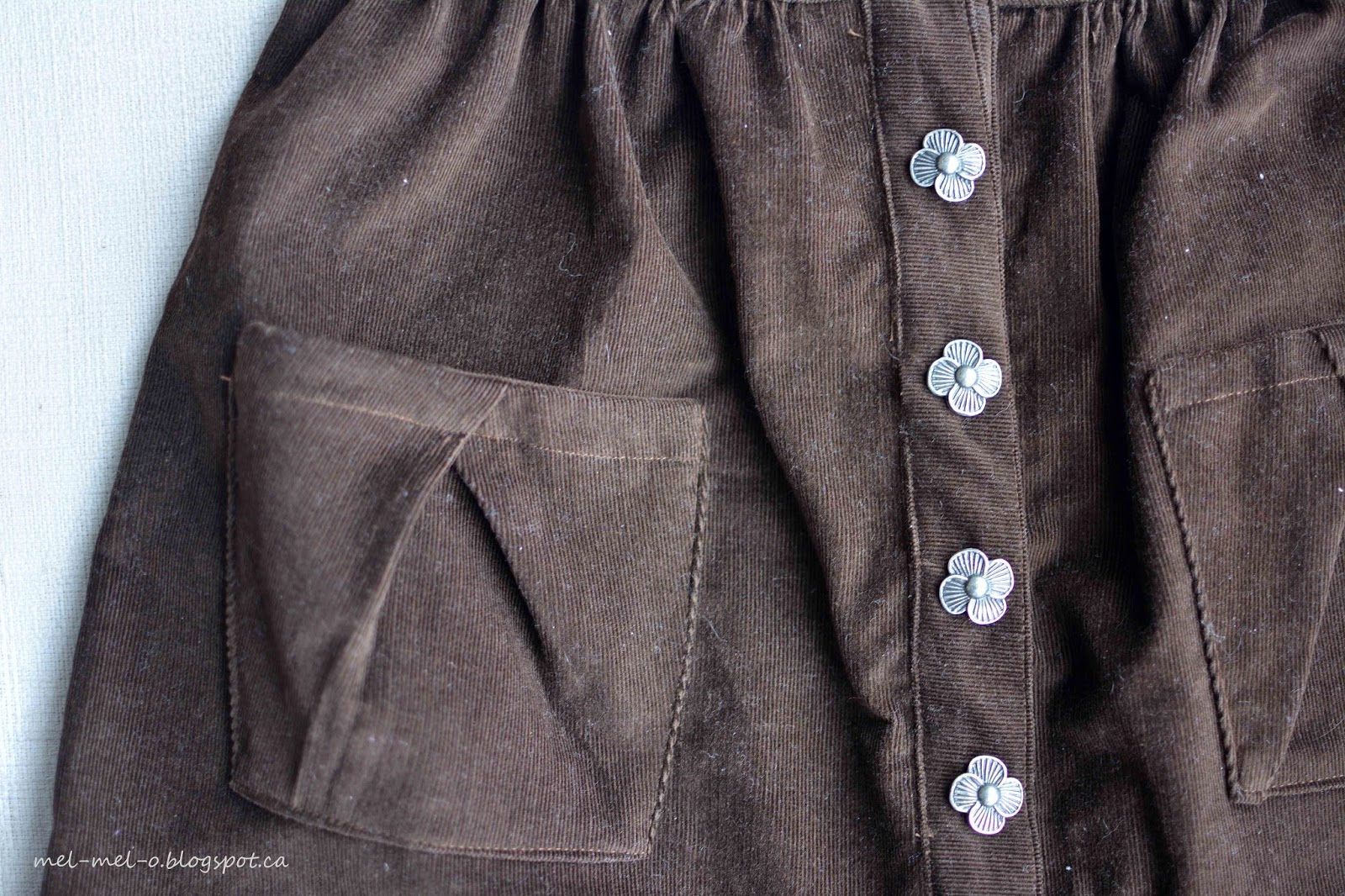 Despite the buttons, this skirt went over like a lead balloon.  I'm not sure if it's the colour, the style or the fabric but I don't think J. will wear it.  And K. told me flat out not to expect her to ever wear it because she doesn't like buttons down the front of skirts (!!).

I've always admired this design and as I was sewing this up, I was making plans for another in an easier fabric like chambray or quilting cotton. Unless I can think of someone else who might like a cute skirt, it wont be happening any time soon!  bummer.